Posted on 5th February, by admin in Collations Book Forum 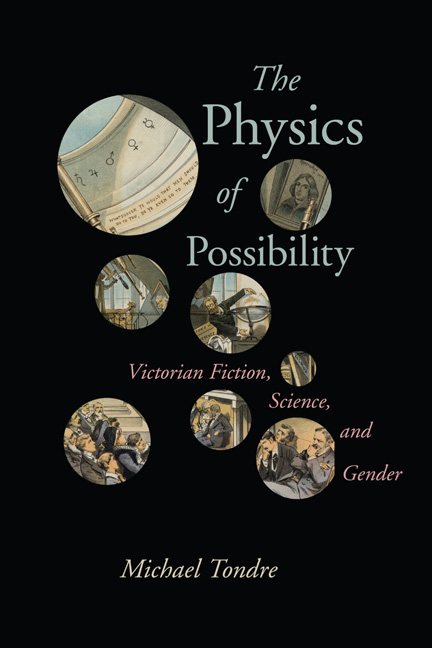 The V21 Collations: Book Forum welcomes Elspeth Green (Princeton University), David Coombs (Clemson University) and Anna Henchman (Boston University) in conversation about Michael Tondre’s The Physics of Possibility: Victorian Fiction, Science, and Gender (UVA Press, 2018). Tondre’s illuminating new work explores the wide range of intellectual projects, including the physical and mathematical sciences alongside fiction, that were unified in a common project to explore and elaborate the implications of “possible worlds.” He thereby elucidates the “last interval in which British novelists and scientists shared a common tongue and cultivated common techniques of representation” (2) while also acknowledging the various different ways and unique “frame[s] of reference” (7) in which Victorian writers deployed probabilistic reasoning. While both fiction and science worked to “[imagine] deviations from a singular present that could call into question the way things are” they did so in different contexts and with different, though meaningfully “interlocking,” intellectual as well as ethical purposes (11, 12).

By offering “a more fluid model of network relations to theorize the development of ideas, intuitions, questions, and affective patterns,” The Physics of Possibility not only recovers a more complex understanding of Victorian intellectual and literary history; it also offers a revelatory take on the way we understand relations between kinds of knowledge and the trajectories of influence that bound them dynamically, rather than merely dialogically, together. Identifying the way these different writers and texts “dream of possible worlds” (27), Tondre proposes to transform our entire mode of envisioning the past.